everyone lives in a flood zone 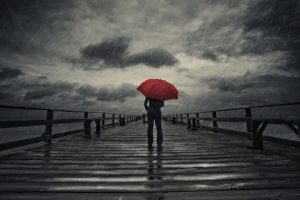 As expert providers of home flood insurance, we cringe every time we hear a TV journalist or blogger use the term “100-Year flood.” This term is dangerous for several reasons, including the fact that it’s more metaphorical than literal. Keep reading as we unravel the myth of a once-a-century flood, and find how how you can protect yourself from any type of flood with home flood insurance.

Overuse In The Media

This term seems to have become even more popular in recent years, employed by just about anyone who wants to communicate the fact that a “really big flood” might be on its way. Unfortunately, many people understand this term to mean “a flood that occurs once every hundred years.”

Many people mistakenly believe that if a flood occurred in recent history, they’re safe for the next 99 years or so! Nothing could be further from the truth.

Epic, But Not Rare

Serious, severe, “hundred year” flooding like we saw during Hurricane Katrina or Superstorm Sandy doesn’t occur all the time, it’s true, but Mother Nature certainly doesn’t adhere to a hundred year schedule. Over the span of 30 years—which is the length of many residential mortgages—there is a one in four that you’ll experience a flood. Over a 100-year period, there is a 67 percent chance you’ll experience a flood.

Technically, flooding can occur anywhere it rains…which is pretty much everywhere in the United States. Even if the government has determined that you don’t live in a Special Flood Hazard Area (SFHA), you’re still at risk, especially in areas of high development or pronounced climate change. In fact, a FEMA study determined that 20 percent of all National Flood Insurance Program (NFIP) flood insurance claims are outside of the mapped high-risk flood areas.

Protect Yourself With Home Flood Insurance

When it comes to flooding, time isn’t on your side. You don’t have a hundred years between you and the next epic flood: it could come tomorrow! The only way to protect yourself is to buy a high quality home flood insurance policy for a price you can afford.

Whether it’s 100 years from now or 1 year from now, prepare with home flood insurance from Superior Flood Inc.